Real Estate Industry as an Urban Growth Machine: A Review of the Political Economy and Political Ecology of Urban Space Production in Mexico City


Cities concentrate the means of production, wealth, political power, infrastructure, educational institutions, and a relevant share of our cultural heritage. As such, they are seen as places of opportunities. Contemporary urbanization, however, being central to the accumulation of capital, has also escalated environmental problems that are usually suffered by the urban poor due to an uneven production of urban space. Mexico City is not an exception. It has mainly expanded through a lively auto-construction process and, more recently, under the incentive of a speculative urban development. The first trend reinforces the informal housing sector, in certain cases, involving significant environmental implications such as the degradation of land of ecological value. The second trend responds to capital accumulation dynamics, promoting urban renewal in central areas or where a greater potential rent-gap exists, underpinning the uneven production of urban space, and usually withholding most of its related socioenvironmental impacts. This paper focusses on this second process. It assesses the so-called “urban growth machine” in action, its socioecological impacts, and related contestation processes. With that in mind and after a general introduction and a brief description of urban development in Mexico, the real estate industry in Mexico City is evaluated in terms of the potential ecological implications of the building stock expansion from 2012 to 2018. A spatial distribution analysis of contestation processes, correlated to such urban expansion, is presented as well. The case study confirms what has been learned in other locations of the Global South, where a contradictory and uneven process of urban development has also been experienced under the stimulus of capital speculation. The paper, however, offers a novel approach by bringing together urban political economy, industrial ecology and urban political ecology analytical tools. Such hybridization, it is argued, enables a more comprehensive understanding of contemporary urbanization and its socioenvironmental impacts, which in turn is central to any effort for urban transformation. 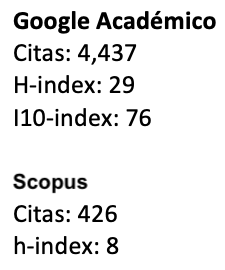